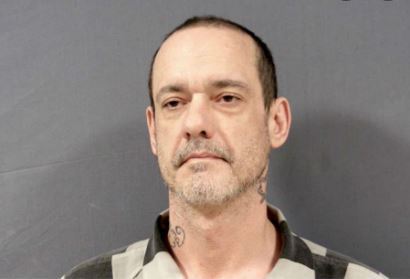 Kenny Wayne McBride (then 45, of Temperance, Michigan) was charged with Homicide - Open Murder (which, by law, includes both first and second degree murder) and the offense of "Dead Bodies - Disinterment and Mutilation" for the murder of Cecilia Gibson on February 16, 2020, in Bedford Township, Monroe County, Michigan. McBride was charged as a "Habitual Offender - Fourth Offense" because of prior felony convictions. On June 10, 2021, after three days of testimony, a Monroe County jury found McBride guilty of the murder of Ms. Gibson (79, of Temperance, Michigan). The penalty for First Degree Murder is life in prison without the possibility of parole.

Cecilia Gibson had been residing with her son, the defendant's father, in his Temperance home. Kenny McBride was also staying at his father's home. Ms. Gibson was last seen alive on the afternoon of Sunday, February 16. When the defendant's father returned home from work at 3 am on the morning of February 17, he found a body and significant amounts of blood in his darkened living room. Not yet realizing the body was his mother, he called 911 for assistance. Kenny McBride was the only other person in the home, and he claimed no knowledge of the struggle or the body. When deputies from the Monroe County Sheriff's Office arrived, they discovered the dismembered body of Cecilia Gibson and clear signs of a violent, bloody struggle.

It appears that an argument developed between Ms. Gibson and Kenny McBride regarding McBride's children - all but one of whom McBride had ignored for years. The evidence further showed that McBride became enraged and viciously beat Ms. Gibson to death. DNA, cellular telephone records, and fingerprint evidence helped link Kenny McBride to the crime. McBride had injuries to his hands and head that reflected a physical struggle. The jury rejected McBride's claim that he sustained the injuries while working on his car - in the driveway, in February, without gloves - perhaps because they knew that, earlier in that day, McBride had paid a local auto parts store to replace his car battery. It is difficult to imagine the hatred that must have driven the defendant to commit such a brutal and horrifying murder. The jury's verdict was just, and will result in McBride living out the rest of his life in prison. 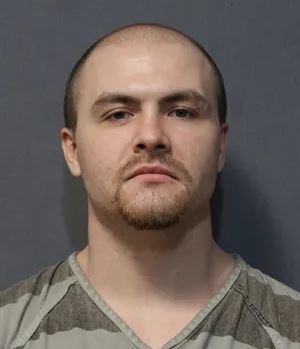 Ryan Paul Miettinen (22, of Willis, Michigan) was convicted of two counts of Failure to Stop at the Scene of an Accident - When at Fault - Resulting in Death arising from the deaths of Melissa Williamson (25) and Coleen Huling (29) on June 26, 2020, in London Township, Monroe County. He was sentenced on April 29, 2021, by 38th Circuit Court Judge Michael A. Weipert to serve 9 years to 40 years in prison on each case - to be served consecutively, for a total minimum term of 18 years. He will become eligible for parole after serving 18 years in prison.

During the afternoon of June 26, 2020, Williamson and Huling were riding their bicycles on the eastbound shoulder of Milan Oakville Road near Gooding Road. At the same time, Miettinen - who later admitted to smoking marijuana earlier in the day - was driving a 2000 Mercury Mountaineer in a reckless manner. At approximately 60 mph (in a 45 mph zone), Miettinen passed an unknown vehicle in a 'no passing' zone and quickly swerved back into the eastbound lane of travel to avoid a head-on collision. He lost control of the vehicle, drove onto the shoulder of the roadway and struck the young women. Both died on scene as a result of the collision. Miettinen fled the scene without stopping, later claiming that he thought he had struck a mailbox. With the aid of witnesses, Miettinen was eventually identified, located, and taken into custody. Miettinen never led investigators to the vehicle, and it was never recovered.

The convictions were the result of a thorough investigation by the Michigan State Police. Prosecuting Attorney Michael Roehrig praised the result and the efforts of the team prosecuting the case. Roehrig added, "Given the horrifying loss of life, Miettinen's recklessness and his choice to flee the scene, and his extensive criminal history, 18 years to 80 years is rightfully among the longest sentences ever imposed for this type of offense." 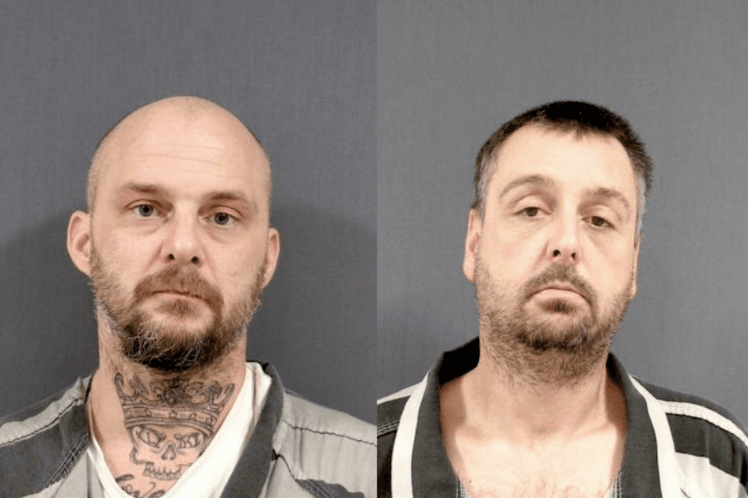 David Nelson Richter (43, of Newport, Michigan) and Robert Steven Westfield (47, of Spring Lake, Michigan) were charged with Homicide - Open Murder (which, by law, includes both first and second degree murder) arising from the murder of Hunter Mitchell Guthrie in April, 2019, in Monroe Township, Monroe County, Michigan. In addition, both Richter and Westfield were charged as "Habitual Offenders" (fourth felony offense). On September 8, 2020, a Monroe County jury found Richter and Westfield guilty of the murder of Mr. Guthrie (24, of Monroe, Michigan). More specifically, after four days of testimony, the jury deliberated for approximately two hours before finding Richter and Westfield guilty of First Degree Murder. The penalty for First Degree Murder is life in prison without the possibility of parole.

According to evidence presented during the trial, Richter and Westfield held Mr. Guthrie in the back of their rented car as they drove from Hudson, Michigan to Monroe. During the hour-long drive, Mr. Guthrie was stripped naked and severely beaten. His body was then hidden in the trunk of the car and transported to an abandoned house in Detroit. Three days later, Richter and Westfield returned to the abandoned house and set both the house and Mr. Guthrie's body on fire in an effort to conceal the cause of death. The body was discovered by Detroit City firefighters on April 18. 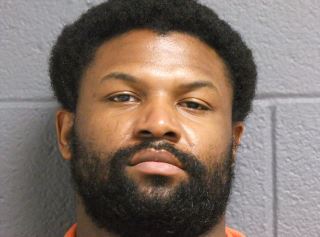 On March 12, 2020, a Monroe County jury found Marquis Terrell Evans (24, of Monroe, Michigan, photo courtesy The Monroe News) guilty in the shooting of Meagin Robison (35, of Monroe, Michigan) and the murder of Gregory James (39, of Monroe, Michigan) on January 22, 2019, in the City of Monroe, Michigan. More specifically, after more than two days of testimony, the jury deliberated for approximately four hours before finding Evans guilty of Second Degree Murder, Assault with Intent to do Great Bodily Harm less than Murder (for shooting Ms. Robison), Possession of a Firearm by a Felon, and three counts of Felony Firearm (using a firearm during the commission of a felony). Sentencing was conducted on May 21, 2020, before 38th Circuit Court Judge Michael A. Weipert, who presided over the trial. Evans was sentenced 720 months to 1,080 months (60 years to 90 years) on the 2nd Degree Murder charge with an additional, consecutive 24 months added for Felony Firearm.

During the trial, the defense called one witness: the defendant. The prosecution team called 22 witnesses, including several lay witnesses, the Monroe County Medical Examiner, and numerous police witnesses. According to evidence presented during the trial, Evans was selling drugs from his Kentucky Avenue residence. During the early evening hours of January 22, 2019, Robison purchased crack cocaine from Evans. A short time later, Robison and her boyfriend, Gregory James, determined that Evans had not provided the agreed upon amount of drugs. Robison and James went to the Evans' residence to complain. After an agitated exchange, Evans produced a handgun and fired five shots. One bullet struck and seriously injured Ms. Robison. Three bullets struck Mr. James - two caused superficial injuries, but a wound to the neck caused nearly instantaneous death. After the incident, Evans fled the scene and avoided capture for more than a week. He was apprehended by members of the Monroe City Police Department with the assistance of the United States Marshal Service. The convictions were the result of an investigation led by the Monroe City Police Department.

Ms. Robison described the incident during her moving testimony, and the jury heard the highly emotional 911 call she made immediately after the shooting. During his testimony, Marquis Evans claimed he only fired his weapon in self-defense, an assertion rejected by the jury. Evans also claimed he was merely a "businessman" who was annoyed by customer complaints. He compared his actions immediately prior to firing his weapon to someone trying to rid themselves of annoying raccoons. 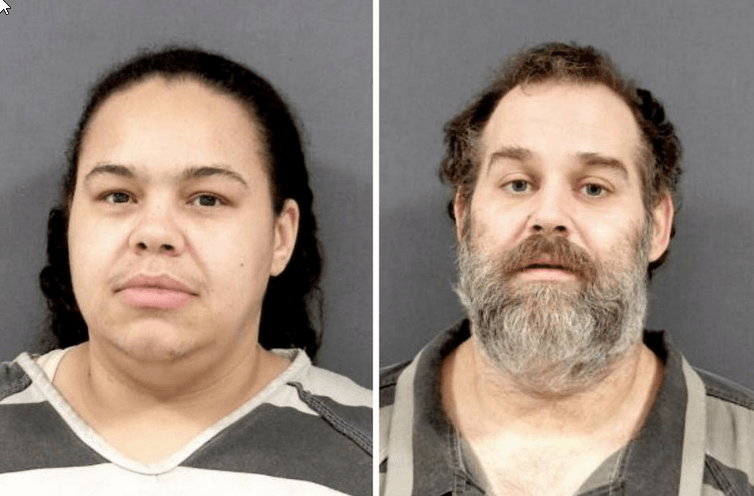 On October 16, 2019, a Monroe County jury found Raymond Blanchong (40, of Maumee, Ohio), guilty in the death of James Wappner (45, of Toledo, Ohio) on December 2, 2018, in Erie Township. After three days of testimony, the jury deliberated for approximately two hours before finding Blanchong guilty of First-Degree Murder, Armed Robbery and Unlawful Imprisonment. During the Blanchong trial, prosecutors called 18 witnesses. The defense called no witnesses.

On September 19, 2019, a separate jury also found Blanchong's fiancé, co-defendant Jessica Morris (30, also of Maumee), guilty in the death of Mr. Wappner. After three days of testimony, the jury deliberated for approximately two hours before finding Morris guilty of First-Degree Murder, Armed Robbery and Unlawful Imprisonment. During the Morris trial, prosecutors called 18 witnesses. The defense called one witness. The penalty for First Degree Murder is life in prison without the possibility of parole. The convictions were the result of an investigation by the Michigan State Police First District Special Investigation Section. Numerous other law enforcement agencies assisted in the investigation.

According to evidence presented during the trials, Raymond Blanchong and his then-fiancé Jessica Morris arranged to meet James Wappner at a hotel in Bedford, Michigan on December 2, 2018, with the intention of purchasing drugs. Security camera footage captured the victim entering Blanchong's pickup truck, shortly before the vehicle began to shake violently and then abruptly leave the parking lot with the victim still inside. On December 3, 2018, a 911 caller reported spotting a body lying face down in a field off Lipp Highway, in southeastern Lenawee County. The body was later identified as James Wappner, who had been stabbed more than 20 times. After robbing and killing Mr. Wappner, Blanchong and Morris fled across multiple states before being arrested in Aurora, Colorado on outstanding murder warrants.